Veteran’s Day Interview: What It’s Like to Work in a Military Pharmacy

In honor of Veteran’s Day in 2020, we interviewed Jonathan Lehan, a former military pharmacist and community pharmacist based in Illinois, for our 5 Minutes with a Pharmacist series. Hear about Jonathan’s varied professional experience, from practicing pharmacy on an Air Force base to overseeing his family business, a community pharmacy that dates back to the 1940s. FreeCE is proud to offer continuing education for pharmacists. 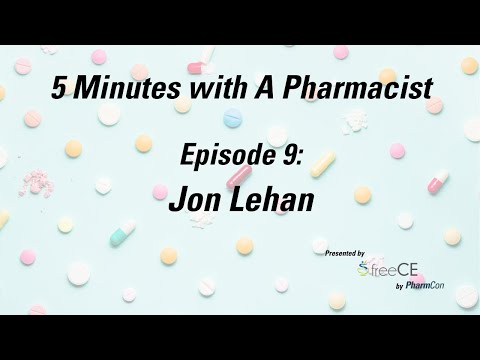 Kevin: Hi, I’m pharmacist Kevin Hope and welcome to 5 Minutes with A Pharmacist! Today I’m here with pharmacist Jonathan Lehan, and Jonathan is with us from the state of Illinois.

Jonathan has little bit of an interesting background here. His heritage in pharmacy, if you will, goes back to the 1940s! He has a family pharmacy there. He also has service to our country–certainly, a big thing that we’re all focused on today, for Veterans’ Day.

So, Jonathan, could you tell us a little bit about your service to the country? Then we’ll get into the whole story of how you became the fourth generation of pharmacist from a pharmacy that started back in the 1940s.

How does a pharmacist end up working for the Air Force?

Jonathan: Sure! It does start a little bit being in the [family] pharmacy because that was my exposure to the profession. When I started school I didn’t know if that’s what I wanted to do because I could see how hard my parents were working. Maybe there’s something a little less stressful. When I was in school, that’s when I basically decided to do pharmacy. I found out that the Air Force offered a scholarship, and, looking at my options, I said that’s something that I could do. Where I grew up in Illinois, DeKalb specifically, we don’t have a military base nearby and it’s not something that’s culturally a part of my life. I thought that would be a really interesting and unique experience. I went in with an open mind–I didn’t know if this was going to be a career, I didn’t know if I was going to go back to the family business. I went in with eyes wide open.

Life as a pharmacist on a military base

I spent all my time at Edwards Air Force Base in California, where the Air Force has their flight test center. If you’ve ever seen The Right Stuff, which was an old movie and now it’s a new set of TV shows, that’s where that took place. They broke the sound barrier there, that type of thing. It was a unique experience because I was used to retail pharmacy, and basically, it was like a retail pharmacy, but as many retail pharmacists know, insurance and other issues like that tend to be a big stressor. Well, in the military, on a base, there’s no insurance. You fill the prescription, you get to spend time with the patients, but that whole part didn’t exist. So it was a  pretty rewarding area to be in just because you got to spend so much time building the relationships with patients, and not having to worry about [insurance] as much.

You take care of active duty. We have obviously pilots and all the support crews–at a military base you have people who do anything, military police, pharmacists, everything! So you’re taking care of active duty and their families. Then anyone who is retired and lives in the area there is entitled to come to the base and get their prescriptions filled.

It was really neat, unique, a different world from what I was used to. I really gained a respect and appreciation for the culture of the military, how that huge organization serves our country, and all the different little pieces and people that fit into it. That was just really eye-opening and I really enjoyed my time there.

Kevin: First of all, thank you, Jonathan, for your service to our country. And I think that you’re going to have plenty of  pharmacists on-board with the idea of getting rid of insurance! You probably have a lot of people envious at this point.

Let’s turn our focus to this family pharmacy. So 1940s, that’s pretty impressive, and you mentioned that you and your brother are both involved in the family business now. So, can you tell us a bit about what that feels like and what that’s like on a day-to-day basis?

Jonathan: Yes! So it started in 1946 in DeKalb, Illinois. It was my great-grandpa and his brother who had just come back from World War II, where he was in Europe. Prior to that, they had owned a pharmacy in Michigan. Walgreen’s at that time, or “Walgreen’s Agencies” (they weren’t actually a “Walgreen’s”  Walgreen’s, they were a supplier basically, but they got their name on the door) offered them the option to either go to Texas or Illinois and they ended up coming to Illinois.

How retail pharmacies have evolved

And so shortly after that, my grandfather came back from his time in the service, went to pharmacy school, and then joined with his dad and his uncle. At that time, the main moneymaker was the soda fountain. The pharmacy was sort of an afterthought, a way to bring people in, but actually what they did was basically run a a diner-type restaurant. That’s the interesting thing for us. We continue to innovate now in the pharmacy in what we do, but that’s how it started. Then we ended up with more of like that sort of Walgreen’s/Walmart model. There’s pictures of my grandpa selling TVs and cameras, you know? When I was in high school, it looked like your typical chain pharmacy, no longer a Walgreen’s Agency, but we had video rentals and your cards and gifts section, and that type of thing.

My mom and dad are both pharmacists so it went: great-grandpa, grandpa, mom and dad who own the company–they actually just retired last week–and then my brother, who’s an accountant actually, and he helps to run the business side of things.

So, when I was in high school, it was all those types of things and my dad said “you know, I want to really focus on healthcare.” So they started to get into durable medical equipment and really focused on changing the look of the pharmacy. We got rid of cigarettes, that was in like 1996, and really moved it towards a health-focused type business model. We ended up opening a couple other stores, and I opened a compounding-only pharmacy in 2012 after I had come back from my time in the service, and spent some time with mom and dad in the main store.

It’s been a constant evolution. I think that’s the main thing–it takes a lot of being aware of what the market’s giving you and how you can help your patients best. Everyone who’s a  pharmacist here knows things are changing all the time, especially this year. But constantly being able and aware to pivot and find that next thing to help your patients, I think that’s what really has enabled my family to do this for so long and still be successful. We have about 100 employees now, and we have about 6 or 7 locations between our pharmacies and home medical supply companies.

Kevin: Thank you so much for your contributions, not only to our nation but to your community there in Illinois. Thank you so much, Jon, for being with us on today’s episode of 5 Minutes with a Pharmacist and thank you all for tuning in!

Jonathan: You’re very welcome. It was a pleasure! 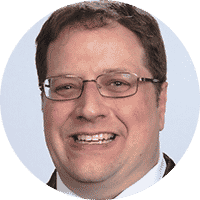 Kevin Hope, RPh is a Clinical Education Specialist with the PharmCon team in Conway, SC. Kevin began his career in pharmacy at an early age and has practiced as a pharmacist in a variety of settings, beginning with a retail pharmacy experience at Eckerd Drug Corporation in York, SC. Kevin transitioned from a retail setting to a Charleston, SC nuclear pharmacy setting in 2002, where he practiced for over 13 years. Kevin has served as an adjunct faculty member for the South Carolina College of Pharmacy, having coordinated and instructed the college's ‘authorized user’ program for nuclear pharmacy. In addition, Kevin has direct experience in the education of pharmacy technicians, having directed the pharmacy technology program at Horry Georgetown Technical College in Myrtle Beach, SC prior to joining the PharmCon team. Kevin has received several professional awards, including the Pfizer Leadership Award and the Innovative Pharmacy Practice Award from the South Carolina Pharmacy Association. Having served as a corporate communications trainer for Triad Isotopes, Kevin has presented to a variety of audiences, including a nuclear pharmacy symposium at the American Pharmacists Association annual meeting. Kevin has served as an independent editor for several Paradigm Publishing textbooks, and currently serves on the professional advisory board for Paradigm Publishing. Kevin's passions lie in helping students achieve and surpass personal educational goals.
Shop Courses Now
Facebook
Twitter
LinkedIn
PrevPreviousHow Pharmacists Can Prevent Opioid Use Disorder
NextThe Ugly Realities of Men’s Preventative HealthNext 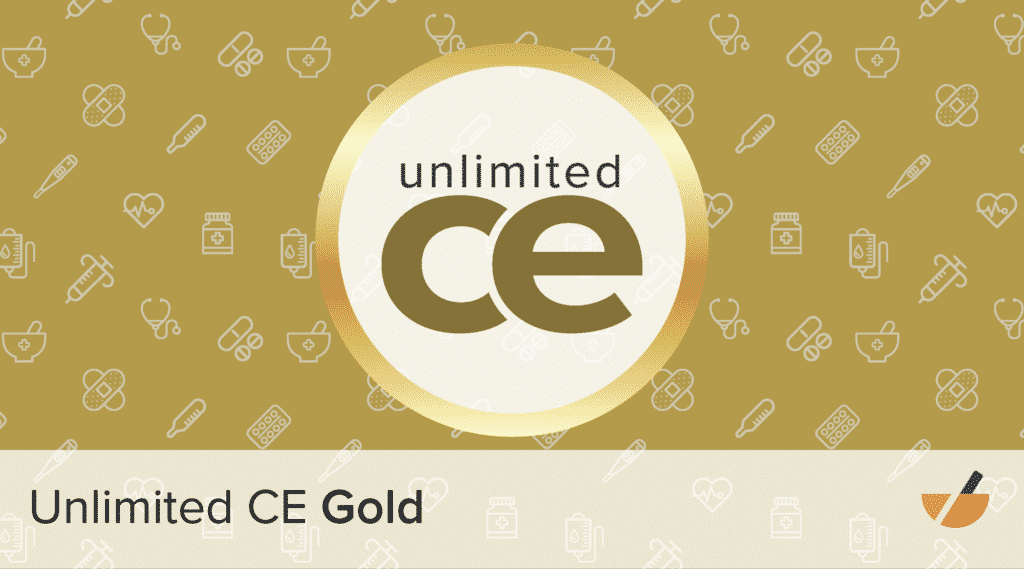 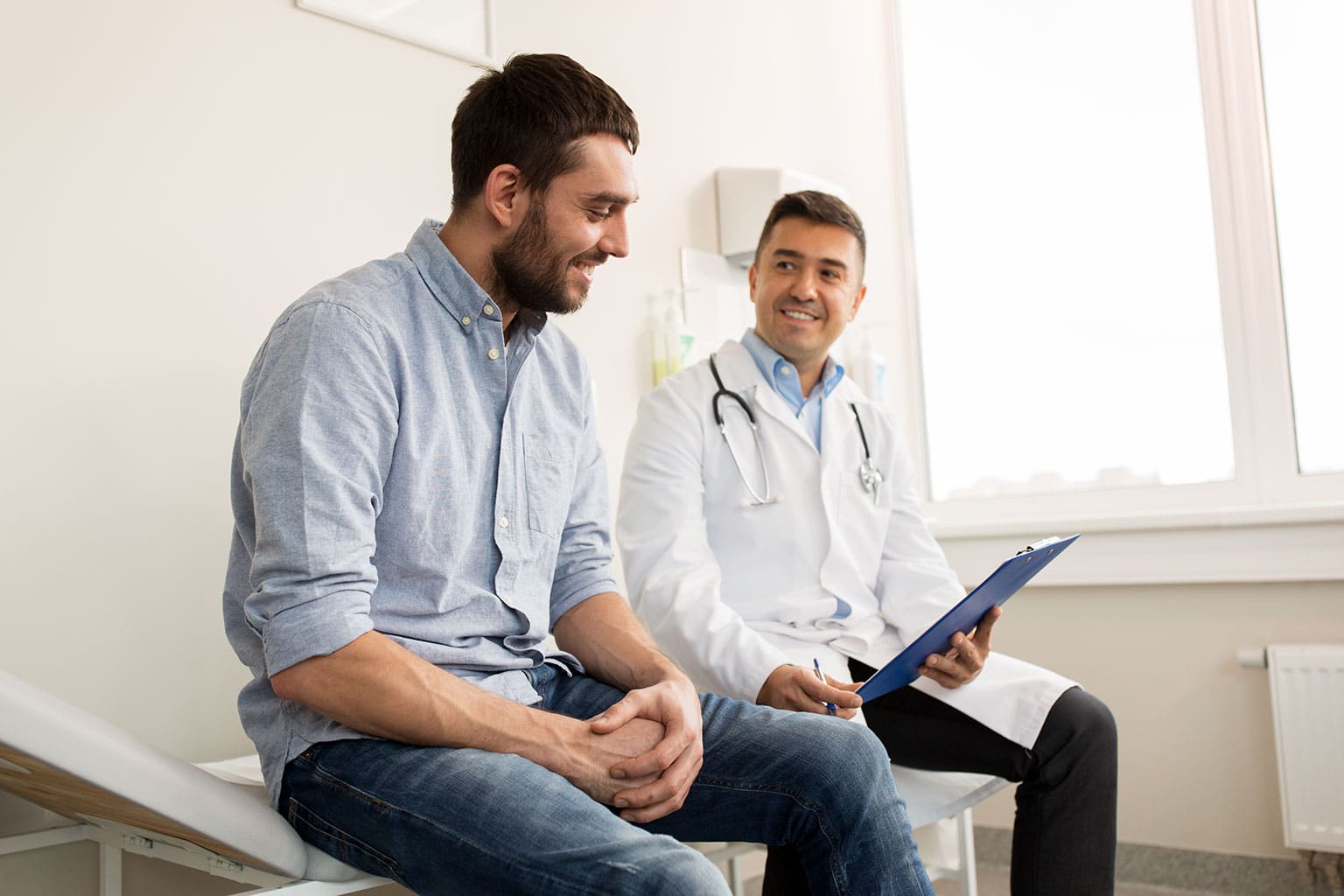 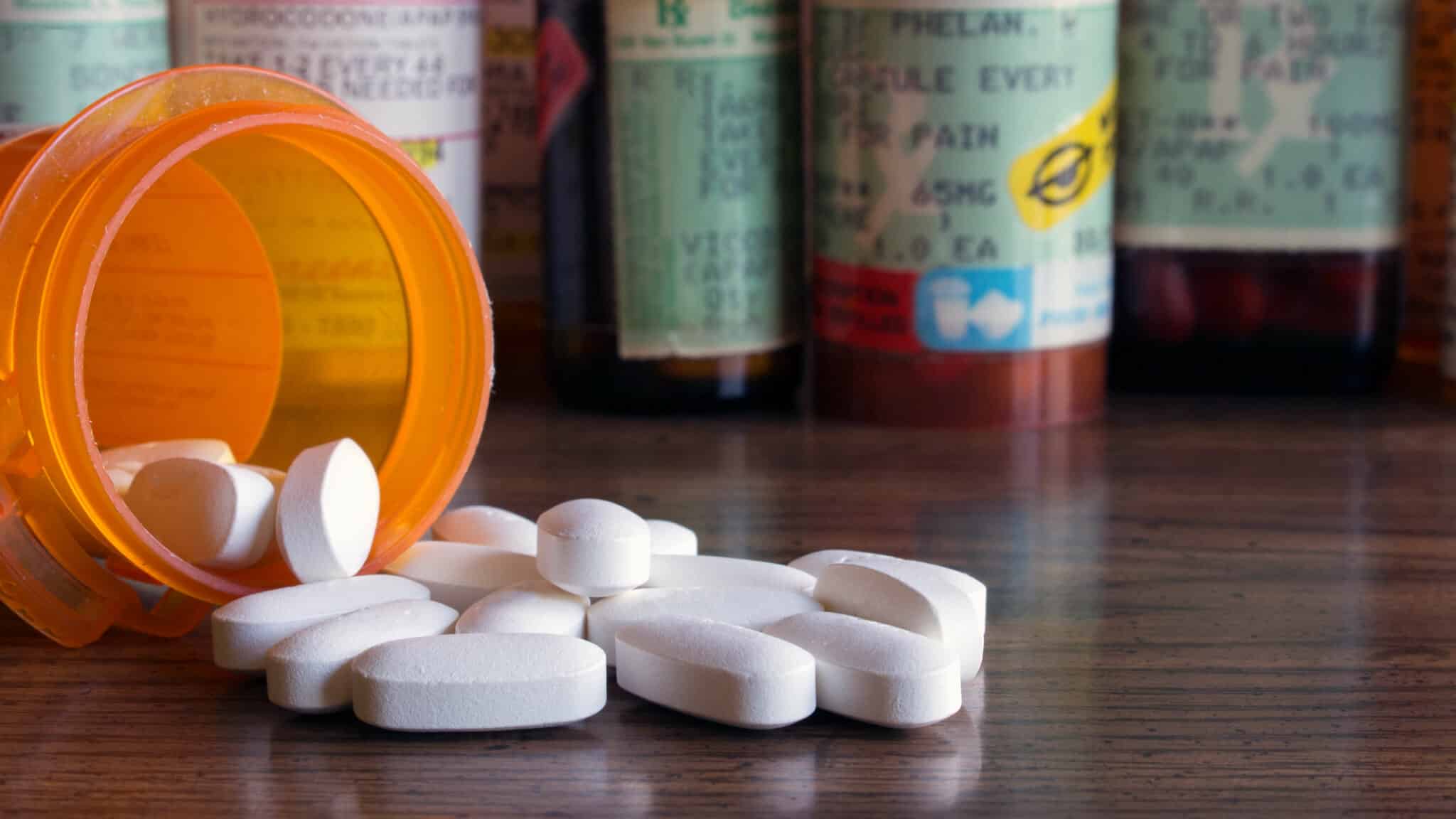 How Pharmacists Can Prevent Opioid Use Disorder 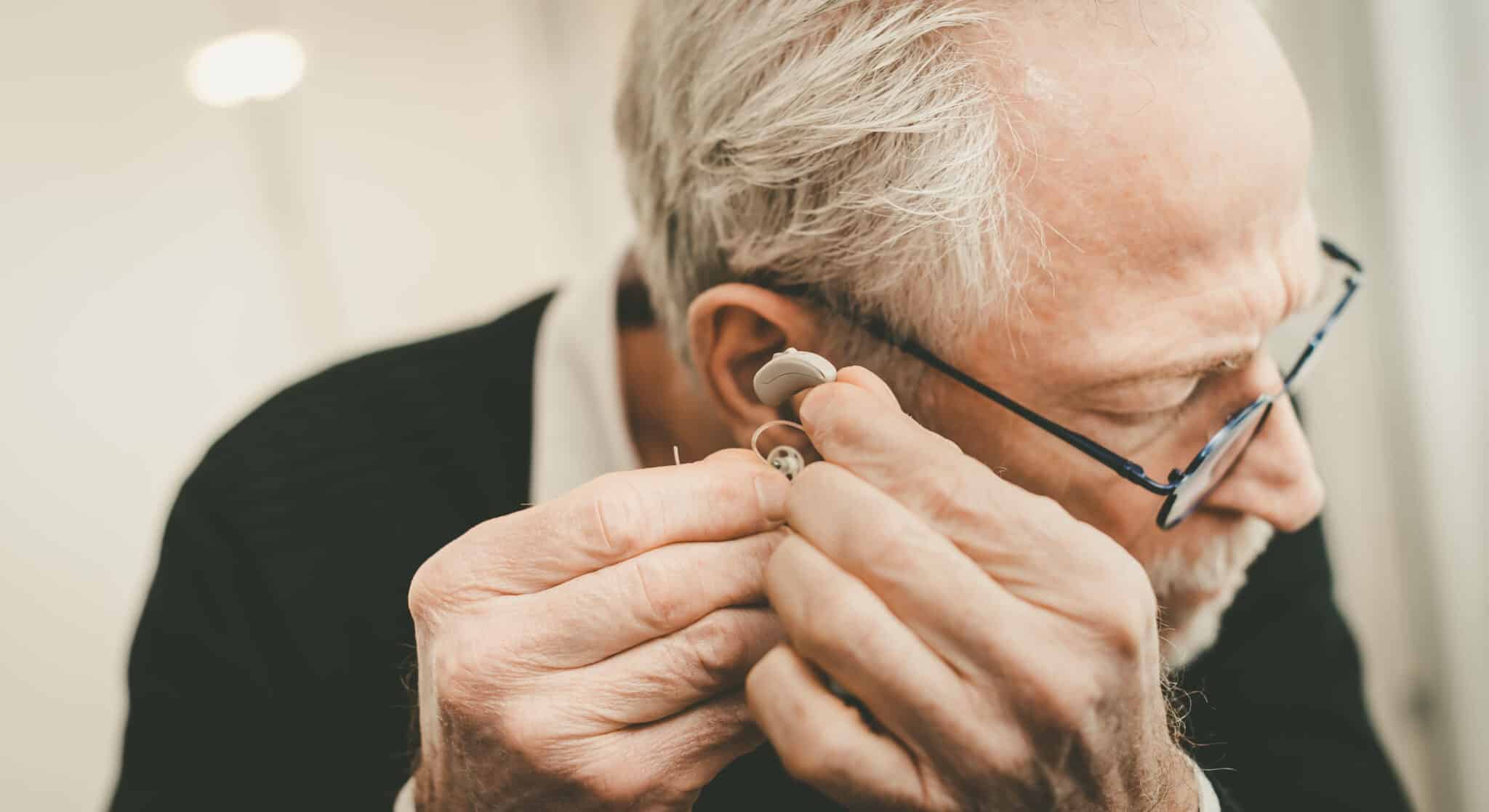 What You Need To Know About OTC Hearing Aids 2022